A gifted writer, who will be missed.
Posted by zhakora at 7:27 PM 10 comments:

I'm not so sure in W's case, although this may simply result from Bush's position outside the bell curve of normal human stupid-variation. He's always talked nonsense about Iraq. "It's the central front in the war on terror," "we fight them there so we don't have to fight them here," and so on. Always, always I get the sense that Bush, confined as he is to the emotional age he achieved before descending to the bottom of countless whiskey bottles, thinks like a 9 year old, and not like a precocious 9 year old. More precisely, like a 9 year old cribbing a social studies paper on Iraq from the I-J volume of the World Book Encyclopedia, circa 1955. What distinguishes the truly simple mind from the discerning mind is the inability of the former to think in terms of simultaneous complex variables, and the tendency of the simpleton to use "concepts" instead of "facts." Facts are hard to deal with, because you have to read, think and synthesize them into a pattern with other facts you have learned the same way. This is what really smart people instinctively know, and always do. They know there are never any shortcuts to understanding anything. Bush doesn't do things like that. He grabs at the broadest generalities he can find and settles there, permanently. 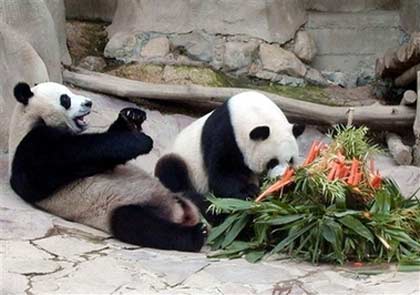 Posted by zhakora at 8:38 AM No comments:

At Least Bush Got Saddam's Gun

Naturally there is no question that justice and justice alone was behind the totally legal execution of Saddam Hussein.

KUWAIT CITY: A well-known Kuwaiti businessman is negotiating hard to own the noose which hung ousted Iraqi leader Saddam Hussein to death.

Reliable sources say the businessman's representatives have asked the Iraqi Ministry of Interior Affairs to sell the rope to them.

The businessman is apparently ready to pay any amount of money for the noose. According to sources, it is with Shiite leader Muqtada Al-Sadr and the businessman's representatives are negotiating with him.

The businessman had earlier purchased the vandalized statue of Saddam Hussein which stood at Al-Firdous Square in Baghdad. Sources say he obtained the statue through American representatives and exhibits the head of the statue in his diwaniya (sitting room).