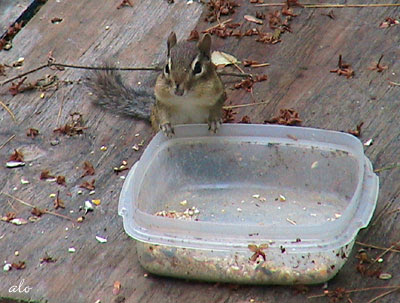 "And would it kill you to add some nuts here? Eh?"
Posted by zhakora at 9:35 AM No comments:

From the National Geographic

My best bud (& blog-mate) gets interviewed. (& oh yeah, there's some stuff about the radio War of the Worlds which caused such a "panic" back before we all got so jaded.)
Posted by zhakora at 10:35 AM No comments:

Link of the Day

A scary piece by EJ Dionne, Jr. addresses the idea that it wasn't so much venal underhandedness but outright delusion that led the current regime to throw away 1700 (& counting) American lives and tens of thousands of Iraqi lives for what a British politician refers to as Bush's "grudge" against Saddam.

...in some ways more devastating are other recently disclosed documents in which British officials warned that "there was little discussion in Washington of the aftermath after military action." The British worried at the time that "U.S. military plans are virtually silent" on the fact that "a postwar occupation of Iraq could lead to a protracted and costly nation-building exercise."

From the aptly named Lethal Thought.
Posted by zhakora at 8:27 PM No comments: 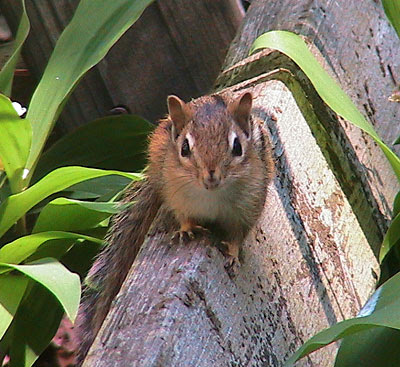 Because rodentia deserve equal rights too...
Posted by zhakora at 10:41 AM 27 comments: 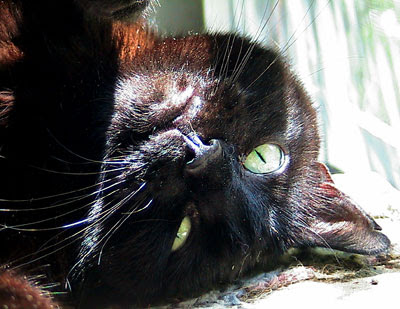 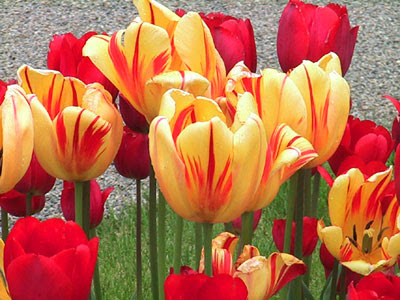 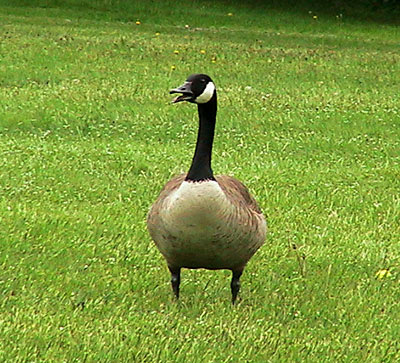 "What part of 'no, you can't take my picture' do you not understand?"

Photos taken on a recent trip to Lasdon Park in Somers, New York.
Posted by zhakora at 8:27 AM No comments:

Obeying the Law of the Land

We live in a dangerous time. A time when revisionism or downright wrong-headedness can lead to people like G. Gordon Liddy, Pat Buchanan and Charles Colson impugning the integrity of "Deep Throat" for, basically, putting his loyalty to his country and the laws that govern it over his loyalty to elected officials that were, after all, elected in the belief that they would uphold the law, not break it. (I know that Felt's motives are unlikely to be anything like that pure or cut & dried, but in the end, the choice he made was the right one for his country.) I've read about how we desperately need a new improved Deep Throat to help bring down the current elected officials (& others) engaged in illegal acts.

This boy is not Deep Throat. But he has done something remarkable just the same. He has stood up for the law of the land over the illegal dictates of the current regime.

From an essay by Pablo Paredes:

The moment we first sentenced German service members for not disobeying orders that they “should have known were illegal” we accepted that the responsibility to determine which orders are legal and which illegal rests in the conscience of the service member.

It also, therefore, holds true that to punish service members who acted on their conscience-with plausible backing from documents and prominent figures in international law-is not only unjustifiable and an injustice to those individuals, but sends a dangerous message to our military: that when given an order they believe to be illegal they are in a catch-22- they can be prosecuted if they obey; and they can be prosecuted if they don’t.

Do we really mean to have the armed foot soldier obey orders blindly in our name…..and be the fall-guy too?

Pablo Paredes refused to obey orders to deploy with his ship, obeying instead his conscience and the law of the land. And he has faced a court martial for doing so.But something rather remarkable happened during his trial.

Highlights from the article by Lynn Gonzales:

The prosecution's decision to call a Navy "lifer" (29 years in) and student at the Thomas Jefferson School of Law was another such occurrence. This witness, after learning that Pablo and his lawyer would appear at a school event, had taken it upon himself to contact Trial Services on base, ask for Pablo's prosecutors, and offer to take notes at the event. Wholly unimpressive as a witness, when asked if he believed in free speech, he answered, "well....yes, at certain times and under certain circumstances" (one can only hope that such blatant ignorance of the fundamentals of democracy bodes badly on his capacity to pass the bar.)

While his testimony proved unimportant, the fact that he had been called was pivotal for it all but ensured the defense's right to call Marjorie Cohn to rebut. Dr. Cohn was not only present at the event in question, but is a renowned international law expert and a fierce opponent of the war in Iraq.

What did Dr. Cohn do?

Judge Klant kept a tight rein on the Defense's questioning of Marjorie Cohn; allowing only that which spoke to the reasonableness of Pablo's belief that the Iraq war is illegal. But when the attorney for the government began his cross-examination, the judge gave him plenty of rope with which to hang himself - and hang himself he did.

First he carefully elicited from Marjorie the legal basis, grounded in both international and domestic law, of her conclusion that not only is the war in Iraq illegal and Pablo's conclusions to that effect thereby reasonable, but that Pablo was actually duty bound to refuse to board his ship. Next he extrapolated out to "any seaman recruit's" ability to draw the same conclusions. Clearly of the belief that Marjorie's agreement was conjuring up visions of mass mutiny in the judge's mind, and assuming that such visions would convince the judge that harsher, rather than lighter, sentencing was in order; the prosecutor did not stop with the example of Iraq. He triumphantly referenced other published works of Marjorie's concerning the illegality of the wars on Afghanistan and Yugoslavia and again demanded that she specify if she believed that any seaman recruit would be justified in refusing orders due to his/her belief that these wars were illegal as well. In all three cases, Marjorie complied with a detailed explanation of why the war in question was illegal and why the seaman recruit would be obligated to refuse to participate in them once he found them as such.

After a 20-30 minute eternity that left us all in a stupor of disbelief that the war's legality had just been debated in a military court, on the record, and had lost, badly, the attorney for the prosecution sat down.

And then the judge said, "I believe the government has just successfully proved that any seaman recruit has reasonable cause to believe that the wars in Yugoslavia, Afghanistan and Iraq were illegal." 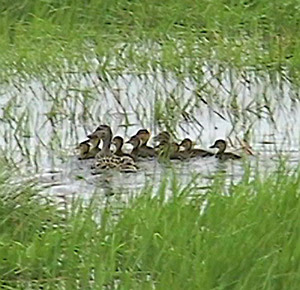 Amesbury MA. A proud mama & a large brood of ducklings.
Posted by zhakora at 6:36 AM No comments: